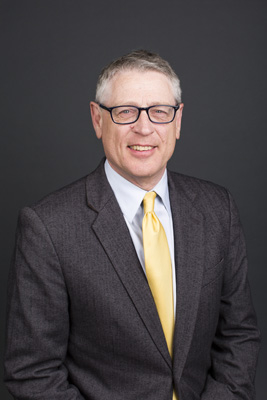 Charles was born and raised in a small town in southwestern North Dakota.  Bismarck, however, has been his home for three decades, and it is where he and his wife Melanie, with the help of several dogs, raised their three children.

During his time with the Attorney General’s Office, Charles served as lead counsel for the Oil & Gas Division, Board of University & School Lands, State Water Commission, State Engineer’s Office, Department of Agriculture, and Game & Fish Department.  As attorney for these agencies, Charles assisted in ensuring compliance with the law regulating water resources, agriculture, hunting and fishing, and the oil and gas industry.  He also served as the Oil & Gas Division’s Hearing Officer, presiding over about 2,000 regulatory hearings.  His work for the Land Board involved quiet title actions, mineral and surface leasing, and oil and gas royalty issues.  Charles advised and represented the State Water Commission and State Engineer in matters concerning interstate and international rivers, navigable rivers and lakes, water distribution projects, and water control facilities.  His Indian law work involved criminal, civil, and regulatory jurisdiction in Indian Country, as well as reservation boundaries, aboriginal hunting and fishing rights, and Indian gaming.

On behalf of the state, Charles authored a number of appellate briefs and regularly appeared before the N.D. Supreme Court and Eighth Circuit Court of Appeals.  He also prepared federal court amicus briefs—joined by numerous other states—on issues of national and regional concern.

Charles is a contributing author to the Conference of Western Attorney General’s 2014, 2015, and 2016 editions of the American Indian Law Deskbook, published by Thomson Reuters.  He served on the Editorial Committee and as a chapter author and chapter editor for the first four editions of the Deskbook published in 1993, 1998, 2004, and 2008 by University Press of Colorado.